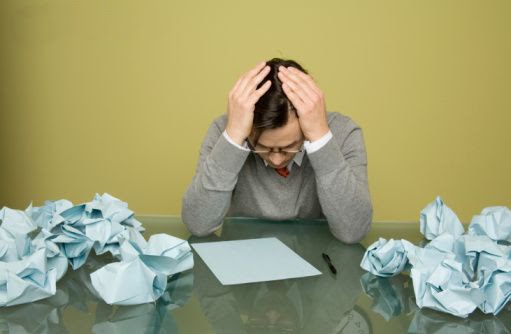 This article originally appeared on Sonicbids.

There’s a troubling frustration all songwriters know – that feeling when you’ve started a new song, feel great and inspired about it, envision it being so powerful, then getting stuck. It’s difficult holding onto that initial spark, and it’s even more difficult feeling defeated by a powerful idea that you can’t quite finish. Another frustration is when you think you’ve finished a song, then listen back or have a friend listen back, and realize you’re still not quite there. You want to be prolific and producing new material, but sometimes there’s a wall that just won’t seem to come down. Here are five reasons you may not be finishing your songs, along with actionable tips on how to overcome them.

It’s great to be creatively prolific with your songwriting, even if it means you’re coming up with a bunch of unfinished songs. They could be the start of an album! You always want to keep the wheels of songwriting turning to stay fresh, focused, and active in your creative expression. However, if you have a growing pile of unfinished songs, it might be time to let off on new tracks until you finish some of your current ones.

How to fix it: Make it an exercise to finish a song – set a date for when it has to be done, but be open to rewrites after the date. Record it (even if just on a crummy device; it doesn’t have to be professional) and analyze. This way, you’ll at least have a finished song to critique and work with. You can change it after the fact, but make it a practice to simply finish songs – no matter if you think they’re going to turn out horrible, incredible, or anywhere in between – rather than always starting new ones and avoiding the work you’ve already begun.

2. You’re having trouble tapping back into the emotions that inspired the song

A painting can take up to hundreds of hours to complete, but the burst of inspiration can sometimes only last a few hours. Artists have to really capture and hold on to their message in the beginning to know what they want to create. After that burst wears off, they’re left working with the message they created, even if it isn’t affecting them in that moment. The same goes with songwriting. You might be deep in the midst of heartbreak, write it all out in one heavy session, and then come back a few weeks later with a different headspace. If what you had is good and you want to finish it, try to come up with ways to hold on to your initial message and tap back into those emotions.

How to fix it: Keeping a songwriting journal is a great way to retain inspiration and message. Map out what you were feeling, what you want to communicate, where you envision the song going, etc. That way, when you come back, you can pick up where you left off much faster. Music isn’t just what we do for fun and to be on stage – it’s how we move on in our personal lives. You may not want to revisit a certain song because it represents a dark place in your life – we understand, but practice learning how to hold on to the message and communicate it through a finished song.

3. You constantly prioritize other musical tasks instead

It’s always good to practice your singing, your instrument, your previously written songs, covers, etc. You want to keep your chops up, and you don’t want to slack on old material. However, if every time you sit down with your instrument, you end up playing old songs or noodling through new covers instead of the songwriting you intended to do, you’re robbing yourself of valuable time to finish new songs.

How to fix it: It’s all a balance – you need to work on finishing songs as well as keeping up with other musical tasks, but don’t let one swallow up the other. Sometimes we’re afraid to approach an unfinished song because we don’t have that writer’s spark in us to really pound out new material. Don’t allow that fear to manifest as procrastination by focusing on other tasks too much, because then you’ll never finish it!

4. You’re not absorbing enough outside material

Sometimes all it takes to write a song is to just hear a new piece of music from a new artist and instantly be inspired. Or if you’re hard at work on a track but have hit a wall, go on a walk and listen to some of your favorite songwriters. It’s an activity that will keep your creative juices flowing, and you can look to your heroes on how to craft melodies, finish a bridge, or build up to a chorus. If you’re stuck listening to your own unfinished tracks over and over without taking a break to listen to your inspirations, you can wind up getting stuck or writing a crummy ending.

How to fix it: Take time to absorb outside material – it doesn’t even have to be music! Kanye West would walk around Paris absorbing art and architecture to inspire him while writing his album Yeezus. For you, it could be a trip to the beach, a dinner party with close friends, or taking a book of poetry to the park. Don’t be afraid to step away from the process and take in some fresh air.

5. You’re absorbing too much outside material

On the other hand, you might be listening to too much outside material and not making enough room for your own creative voice. Maybe you really want to write a song like Frank Ocean’s “Swim Good” – you listen to it on repeat, study it, and get to writing your own inspired song. However, if you just constantly listen to Frank Ocean and hope that your songs will magically get as good, you’re likely not going to have much luck.

How to fix it: Make it an exercise to shut off the outside world (and sounds) from time to time in order to really get into your own headspace where you’re saying what you want to say, not what you’re hearing outside. Getting too caught up in tons of different inspirations can clutter your thoughts. Balance is key – not too much outside material and not too little. Find out what works best for you.

Take the next step in finally getting those songs finished by finding a co-writer who’s perfect for you on SongwriterLink!

Sam Friedman is an electronic music producer and singer-songwriter based in Brooklyn, NY. His music blends experimental ambience with indie-driven dance music. In addition to pursuing his own music, he is a New Music Editor for Unrecorded and is passionate about music journalism. Check out his music and follow him on Twitter @nerveleak.